Dr. Mueller on the MyEllevate® Procedure and much more | MyEllevate

A Journey of Ascent: Dr. Mueller, Creator of the MyEllevate® Procedure, Shares His Experiences Developing the Light-Guided System, Observing Its Success, and What’s on the Horizon in Non-Invasive Cosmetic Procedures 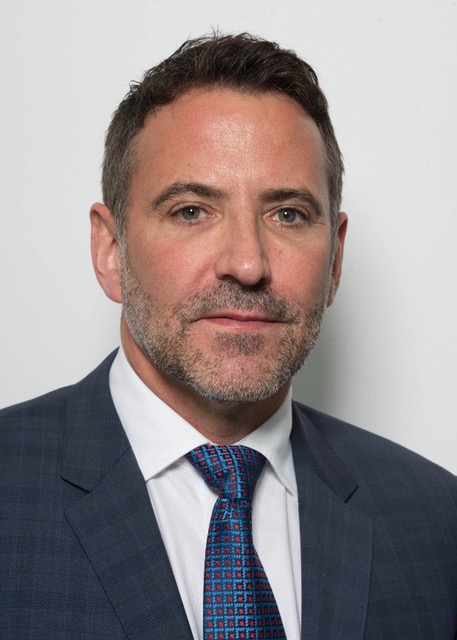 Gregory Mueller, MD, FACS, performed the very first light-guided suture suspension procedure on October 12, 2008, after first envisioning the innovative technique in 2006. Since that time, he has performed well over 2,500 procedures on his patients in his Beverly Hills office. Dr. Mueller continues to use the illuminated Suturod® on a daily basis, whether it’s in the treatment of the forehead, face or neck areas, or with facelifts and neck lifts.

The pioneer of the light-guided suture system sat down with us to share what his experience has been from the point of ideation to observing his technique being taught and performed by surgeons nationwide.

When you first developed the MyEllevate® procedure, did you envision that it would reach the level of popularity it has?

The MyEllevate® procedure is the result of many years of research and development. After I’d developed it in its current state, which was in early 2019, we did some beta testing. We could see right away that it was going to be a winner. The technique had evolved to the point that it could be performed easily and deliver reliable results; and we also saw great results from other doctors who learned to perform light-guided procedures. So, yes. We knew this system was likely to be big — but we didn’t imagine that it would be this big. It’s taken off incredibly fast, even in spite of the pandemic. The pace and volume by which the MyEllevate® treatment has been adapted and even promoted, by surgeons nationwide, has been above and beyond anything we could have imagined.

Is there anything that has surprised you in sharing the MyEllevate® solution, or about its increasing popularity?

I would say that once the MyEllevate® innovation had begun to be adapted by surgeons throughout the United States, what took me by surprise was how immediately other doctors were speaking positively about the technique in articles, or even giving presentations about their own experiences of the new technique. So, the enormous support from the medical community was a pleasant surprise; observing that other doctors very quickly saw the value of it for their own patients, so much so that they felt impelled to raise awareness of the procedure to the greater public and surgical community, was profoundly gratifying to see. 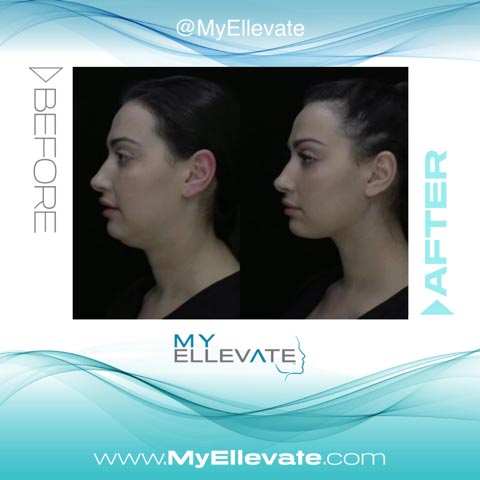 Do you currently have any future prospective cosmetic procedures in development?

Yes! I’m excited to say that we do; and there are several applications of the light-guided technology presently under development. Something we’ve begun expanding into now is called the MyEllevate® Plus procedure. This enhanced technique broadens the usefulness of the MyEllevate® benefits, to help patients who may be undergoing a facelift or a neck lift. Patients having these procedures will often have a little bit of skin removed to tighten the skin envelope. Doctors have been able to start using the light-guided suture suspension system to address the bands and glands, just as we do in the traditional MyEllevate® procedure. So that’s very exciting, and the MyEllevate® Plus procedure will soon be introduced. There are also applications that we’re currently developing for the mid face area – which would allow people to have a mid face lift, without a traditional invasive surgery. Innovations that will give us the ability to lift the cheeks and the lower face to help with jowling, nasal labial folds, and marionette lines without invasive surgery; that’s all under development. We have several surgeons in the United States who are currently working on development toward those solutions.

And then there’s also MyEllevate® Brow. The brows are an area where we can use the system to lift, shape and elevate the eyebrow. It’s very common when people begin to age, they can get droopy eyebrows. We’re applying this suspension system to lift those areas and to shape them. It’s all very exciting, and those are just areas within the head and neck. So, I can’t even imagine where it’s going to go next. Now that we have so many doctors performing and now teaching these procedures, we’re getting more and more questions about innovating for treating other areas of the body. So, I guess the answer is there could be many, many more developments still to come.

And when you say “we’re using the same system,” you mean the light-guided suture suspension system?

Yes. The MyEllevate® light-guided approach is a unique way of rejuvenating and shaping areas around the face, the forehead, the jawline and other locations, without having to surgically open the surface. It’s all about light-guided surgery. Which just means a LED lighted Suturod®. So if you can imagine anywhere in the body where you’d want something lifted – it might be the arms, could be the breasts, or the tummy area, above the knee—this is where MyEllevate® could have a role.

How has the MyEllevate® technique exceeded your expectations, and are there any elements of the procedure that you would like to tweak, change or improve in any way?

What has exceeded my expectations has been observing other surgeons’ results. I follow social media and I keep up with medical articles and industry news, so I’m continually viewing my colleagues’ great results from applying the MyEllevate® light-guided technique mirrored back to me. I’m so impressed. It gives me a sense of accomplishment that this procedure was developed in such a way that doctors can be taught the technique. They are able to successfully adapt it within their own practices to help their patients achieve these amazingly successful results that are very similar to the outcomes that I’d invested more than a decade in developing. So getting to just observe the collective success of this procedure being performed by so many surgeons for their patients. . . that’s something that has definitely exceeded my expectations.

And the elements of the procedure that I’d like to see improved or tweaked or changed in any way — just like with any surgical procedure, I’m very critical about my results. But I’d have to say the MyEllevate® facial rejuvenation is very evolved, so I’m happy with where it is. There are still other areas that can be treated using the patented light-guided approach: the forehead, the midface, etc.The application of the MyEllevate® procedure for additional areas is in evolution. And it’s such an exciting moment in time, because I’m now collaborating with surgeons to develop and perfect this broader range of applications. There will definitely be tweaking and development in the upcoming months and years which is very appealing/stimulating/or mind-blowing.

If you could share one thing with the cosmetic medical community at large about the MyEllevate® procedure, what would you say?

I think I would say that from both a personal and philosophical perspective, when I first had the idea back in 2006, of delivering sutures using light guidance, I was really trying to figure out a procedure for myself to help my own patients. As everything has progressed, and the developed technique has become a recognized and performed procedure, it’s extremely rewarding to watch doctors adopt this different way of thinking and application. The idea that I once had to improve the care of my own patients has become a new trend for cosmetic surgery. What I’d like to share with medical providers is that if your focus is on helping your patients and you really try to find a better way of maximizing their results, then not only is it possible to create and innovate new ways of addressing old problems, but you will experience the feeling of something beyond yourself. It’s so fulfilling when you get to watch the expansion of something created to help others. Witnessing other doctors using the system and appreciating how light-guided suture suspension helps deliver better results for their patients, is the ultimate satisfaction. When it comes down to it, taking great care of your patients is paramount. Now, we have well over a hundred surgeons performing this procedure – it’s a pretty powerful thing, and it feels amazing.

In addition to training other doctors and speaking at different conferences about his light guided suture delivery technique, Dr. Mueller continues to perform the MyEllevate® procedure on his patients, from his office in Beverly Hills, CA. As of the writing of this article, every single member of Dr. Mueller’s Beverly Hills practice has had the MyEllevate® treatment, having chosen to have it, after observing its incredible results on their patients.